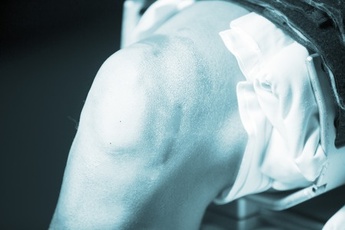 A growing number of plaintiffs from around the country are filing knee replacement infection lawsuits connected with the 3M Bair Hugger forced air warming system. Plaintiffs claim that this surgical warming blanket can deposit potentially-contaminated air from the operating room floor into the surgical site, increasing the possibility that a knee implant patient will develop a dangerous post-operative joint infection.

Bernstein Liebhard LLP, a nationwide law firm that represents individuals harmed by medical devices, is actively investigating knee replacement infection lawsuits on behalf of patients who allegedly developed deep joint infections following knee implant surgery that involved the use of a Bair Hugger forced air warming blanket. If you or a loved one experienced such an infection, please contact our office today at (888) 994-5118 to arrange for a free legal consultation.

It is estimated that roughly 1% of patients who undergo hip and knee replacement surgery will develop a deep joint infection following the procedure. However, a growing number of legal claims allege that patients may be more vulnerable to these infections if a Bair Hugger forced air warming blanket is used during their implant surgery. These lawsuits charge that the device can pick up potentially contaminated air from the surgical floor and deposit it into the wound of the patient undergoing the procedure.

Symptoms of a post-operative knee infection may include:

Once a knee replacement infection sets in, a patient may require hospitalization in order to undergo IV antibiotic therapy. If treatment is unsuccessful, other medical interventions may include:

In 2010, Dr. Scott Augustine, the inventor of the Bair Hugger, told The New York Times that hospitals should “stop using the device during certain operations, asserting that it poses a danger to patients.” He contends that the warm air generated by the surgical blanket can alter air circulated in the special operating rooms where joint replacement surgeries are performed. This altered flow can bring contaminated air into contact with the surgical site, Dr. Augustine claims.

A number of studies have been published in recent years that suggest forced air warming may expose surgical patients to potentially contaminated air:

Should I File a Knee Replacement Infection Lawsuit?

If you or a loved one suffered a dangerous post-operative infection following artificial joint surgery, the legal staff at Bernstein Liebhard LLP can help you determine if you are qualified to file a knee replacement infection lawsuit against the manufacturers of the Bair Hugger forced air warmer. To arrange for your free legal consult, please call (888) 994-5118.

Last Modified: January 19, 2016
Private Case ReviewWere you or a loved one harmed by a prescription drug or medical device? Get a free case review.
Connect with: