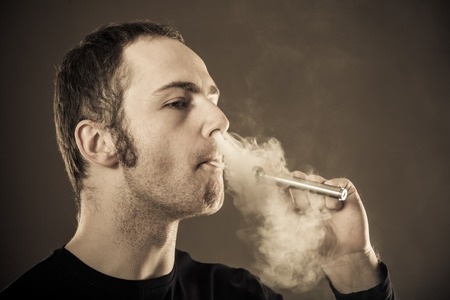 Some research has suggested that e-cigarette cartridges may contain carcinogens, such as formaldehyde, and other toxic chemicals. However, these products are often marketed as a safe alternative to traditional cigarettes.

The attorneys at Bernstein Liebhard LLP are investigating injury claims related to  e-cigarettes. If you suspect that you or a loved one suffered harmful effects from toxic chemicals in electronic cigarettes, our legal team would like to hear from you. To obtain a free, no-obligation review of your case, please call (888) 994-5118.

While research so far is limited, a handful of studies have detected toxic chemicals in some e-cig liquids and vapors:

In 2014, the U.S. Food & Drug Administration (FDA) Center for Drug Evaluation, Office of Compliance purchased two samples of electronic cigarettes and components from two leading brands. These samples included 18 of the various flavored, nicotine, and no-nicotine cartridges offered for use with these products. The products were then analyzed for nicotine content and for the presence of other tobacco constituents, including those that are potentially carcinogenic or mutagenic. The testing revealed the following toxic chemicals in e-cigarettes:

The FDA does not currently regulate e-cigarettes. In April 2014, the FDA proposed a rule that would extend its regulatory authority to cover additional products that meet the legal definition of a tobacco product, such as vaporized cigarettes.

Researchers writing in the August 2016 issue of Environmental Science and Technology reported that two previously undetected cancerous chemicals, propylene glycol and glycerin. had been found in e-cig vapors.  The federal government deems both chemicals to be possible carcinogens. These substances are also known to break down when heated, creating other toxins like acrolein and formaldehyde. Read More

Filing an E-Cigarette Lawsuit Can Help

Individuals who were allegedly harmed by e-cigarette toxic chemicals may be entitled to compensation for medical bills and other injury-related damages. To find out more about filing an e-cigarette lawsuit, please call (888) 994-5118 to get in touch with an attorney.

Last Modified: August 4, 2016
Private Case ReviewWere you or a loved one harmed by a prescription drug or medical device? Get a free case review.
Connect with: