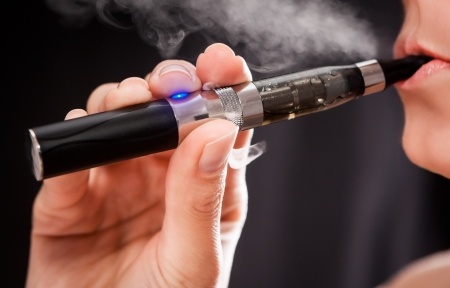 Since hitting the market in 2004, e-cigarettes have become a popular choice for many people. While they are often touted as a healthier alternative to traditional tobacco product, little is actually known about the health consequences potentially associated with these products.

E-cigarettes (aka electronic cigarettes or electronic nicotine delivery systems) are battery-operated devices that deliver nicotine, flavorings and other chemicals in a vapor instead of smoke. There are currently more than 250 e-cigarette brands available in the U.S. Some of the most popular include:

The use of e-cigarettes is growing rapidly. According to the U.S. Centers for Disease Control, about 21 percent of adults who smoke traditional cigarettes had used electronic cigarettes in 2011, up from about 10 percent in 2010. Overall, about six percent of all adults have tried e-cigarettes, nearly double the estimate from 2010.

How Safe are E-Cigarettes?

Because e-cigarettes deliver nicotine without burning tobacco, they are often touted as being a safer alternative to traditional cigarettes. However, this has not been proven. In fact, because there is currently no regulation of e-cigarettes in the U.S., there is no way to know what chemicals are contained in e-liquids, or how these products might impact a user’s health.

Because e-cigarettes haven’t been well studied, many unanswered questions surround their safety. According to the U.S. Food & Drug Administration (FDA) we don’t currently know:

Though it does not currently regulate e-cigarettes, the FDA regularly receives reports of adverse events involving these products. The most frequent include:

Whether or not e-cigarettes actually caused these problems is not known. The FDA acknowledges that some of these incidents may be related to a pre-existing medical condition or to other causes.

New FDA regulations covering electronic cigarettes, as well as cigars, hookah tobacco, and pipe tobacco went into effect in August 2016. Merchants are now  prohibited from supplying free samples or selling these products to children under the age of 18. They will also have to request ID from customers who appear to be under the age of 27. E-cigarette sales via vending machines are also prohibited, unless they are located in an adult-only facility. The regulations also mean that the majority of e-cigarette products currently being sold will need to undergo an FDA in order to remain on the market. Read More

The FDA first attempted to regulate e-cigarettes in 2009, when it sought to ban such products as unapproved drug delivery devices. However, that ban was struck down in the courts, which ruled that the FDA could only regulate the devices as mainstream tobacco products. The e-cigarette industry has mounted a legal challenge to the the new FDA regulations.

The FDA is investigating reports of e-cigarettes that overheated, caught fire or exploded due to lithium-ion batteries, and will convene a two-day public meeting starting on April 19, 2017 to examine these concerns. The agency’s  Center for Tobacco products received 134 such reports from 2009 to January 2016. More than 50 people were injured, and at least 67 of the incidents involved property damage beyond the e-cigarette itself. Read More

Last Modified: January 7, 2017
Private Case ReviewWere you or a loved one harmed by a prescription drug or medical device? Get a free case review.
Connect with: