The ConforMIS knee recall announced in August 2015 affected hundreds of patient-specific instrumentation sets used with iUni, iDuo, iTotal CR and iTotal PS knee replacement systems. According to ConforMIS, Inc., the recall was announced after the company had received three complaints of moisture on the instruments.

When the recall notice was issued, ConforMIS had not received any adverse event reports related to the matter. However, adverse events are not always reported to manufacturers or regulators in a timely manner, if at all. It may be too early to tell if the knee replacement systems affected by the ConforMIS recall have been associated with any patient harm.

ConforMIS, Inc. uses proprietary 3-D printing technology to develop and manufacture joint replacement implants that are individually sized and shaped to fit each patient’s unique anatomy. Its iUni, iDuo, iTotal CR and iTotal PS knee replacement products are all delivered to hospitals with a complete set of pre-sterilized instrumentation that has been customized for each patient using CT scan data. 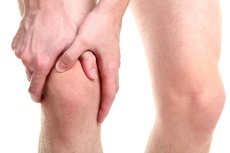 In its recall notice, ConforMIS said that the recalled instrumentation held excess water before undergoing an ethylene oxide sterilization process and may contain small amounts of ethylene glycol residue. This residue can form when ethylene oxide comes in contact with water.

All of the affected knee replacement systems were distributed between July 18, 2015 and August 28, 2015. ConforMIS said it intended to send Customer Notification letters to each affected healthcare facility detailing steps for return of affected products.

Knee replacement procedures were completed without incident in all three cases that prompted complaints to ConforMIS. The company does not believe that the customized knee implants used in these procedures were themselves affected by the moisture issue.

While it works to investigate and execute a plan to resolve this issue, ConforMIS acknowledged that manufacturing at its facility could be substantially reduced in September and October 2015. The company also disclosed that it had temporarily suspended its use of the ethylene oxide sterilization process.

Legal Help for Those Affected by ConforMIS Knee Recall

iUni, iDuo, iTotal CR and iTotal PS knee replacement recipients may be entitled to compensation if they experienced complications that may be related to the moisture issue detailed in the August 31st notification. If you were affected by the ConforMIS knee recall, please call (888) 994-5118 to discuss your case with one of our legal experts.