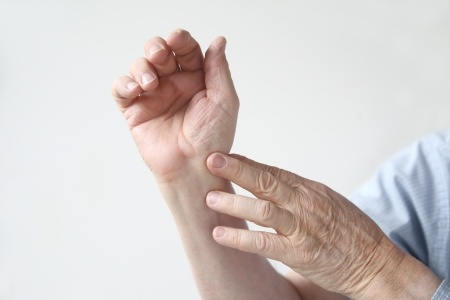 Bayer AG, the manufacturer of Cipro, is facing a growing number of product liability claims over the antibiotic’s alleged association with peripheral neuropathy and nerve damage. Cipro lawsuit plaintiffs accuse the company of concealing and downplaying this potential complication, and failing to provide adequate warnings to patients and doctors.

The nationwide law firm of Bernstein Liebhard LLP is now offering free legal reviews to patients who were diagnosed with peripheral neuropathy that may be associated with their use of Cipro. To learn more about the litigation involving this drug, please call (888) 994-5118.

May 2016: The U.S. Food & Drug Administration (FDA) is updating the boxed warning for Cipro and other systemic fluoroquinolones to state that the drugs are generally too dangerous for patients with sinusitis, bronchitis and uncomplicated urinary tract infections who have other treatment options. Their risks include issues affecting the tendons, muscles, joints, nerves and central nervous system that can occur together, and that may be permanent. Read More

Since 2004, the labels for Cipro and other fluoroquinolone antibiotics have included mention of peripheral neuropathy. But in 2013, the U.S. Food & Drug Administration (FDA) ordered stronger warnings, after a review determined that the drugs’ labels did not adequately describe the rapid onset of the condition, or the potential for permanence. The agency also required that language characterizing peripheral neuropathy as a rare occurrence be deleted.

Peripheral neuropathy is nerve damage that causes injury to the nerves that carry messages between the brain, spinal cord, and body. Symptoms of this condition include:

Plaintiffs who have filed Cipro lawsuits claim that they may have avoided this debilitating complication had Bayer AG provided doctors and patients with more accurate peripheral neuropathy warnings. Among other things, they point out that the connection between peripheral neuropathy and fluoroquinolones was recognized in 2001, when a study published in the Annals of Pharmacotherapy detailed 45 cases of the condition among people treated with the antibiotics. In more than half the cases, peripheral neuropathy symptoms persisted for a year or more. More than 80% were described as severe.

Cipro patients who were diagnosed with peripheral neuropathy may be entitled to compensation for medical bills, lost wages, emotional distress and more. To arrange for a free, no-obligation Cipro lawsuit review, please contact our office today at (888) 994-5118.