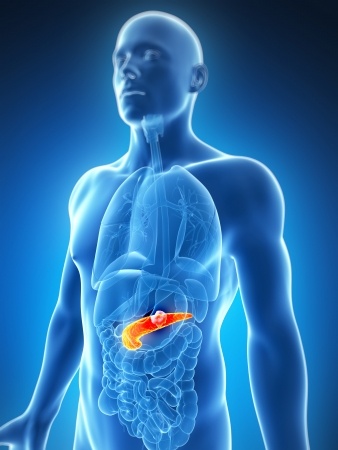 Some recent studies have suggested that using Byetta might increase a patient’s risk for pancreatic cancer. Hundreds of lawsuits have also been filed on behalf of individuals who allegedly developed this potentially deadly cancer while using the Type 2 diabetes medication.

Bernstein Liebhard LLP is investigating potential Byetta lawsuits on behalf of individuals who were diagnosed with pancreatic cancer following treatment with this Type 2 diabetes medication. To learn if you are eligible to take legal action, please contact our office at (888) 994-5118.

What is Pancreatic Cancer?

Pancreatic cancer is the third leading cause of cancer-related death in the U.S., and it is associated with  the highest mortality rate of all major cancers. Some 94% of patients diagnosed with pancreatic cancer will die within five years.  A mere 8% survive more than five years.

Symptoms associated with the disease include:

Byetta (exenatide injection) is a twice-daily injectable drug that is used in conjunction with diet and exercise to control blood glucose in people with Type 2 diabetes.  Approved in 2006, Byetta  belongs to a class of medications called incretin mimetics. Other drugs in this category include Januvia, Victoza and Onglyza.

The year after it was cleared for sale, the  U.S. Food & Drug Administration (FDA) revealed that it had received at least 30 reports of acute pancreatitis in patients taking Byetta. The following August, the agency disclosed six new cases of necrotizing or hemorrhagic pancreatitis in patients using Byetta, two of which proved fatal. Pancreatitis is an inflammation of the pancreas, and is recognized as a risk factor for pancreatic cancer.

In October 2009, the FDA announced that it was requiring Byetta’s manufacturer to conduct six post-marketing studies in order to investigate a possible link between the medication and acute pancreatitis, as well as pancreatic cancer and thyroid cancer.

In 2013, a study that appeared in the journal Diabetes reported that that pancreatic cells of some incretin mimetic patients had exhibited precancerous cell changes. The authors of the study autopsied 20 pancreases from Type 2 diabetics who died of strokes or head injuries. Of those, a dozen had been using incretin drugs for at least a year.

The publication of the Diabetes study prompted the FDA to launch a review of all incretin mimetics, including Byetta, in March 2013. So far, the agency has been unable to conclude that any link exists between the drugs and the development of pancreatic cancer. But it continues to investigate the issue.

In July 2013, an investigation by the British Medical Journal raised concerns that pancreatic side effects associated with Byetta and other incretin mimetics may have been downplayed by the drugs’ manufacturers. The authors of the report also faulted the FDA and European regulators for failing to aggressively address these concerns. Read More

Legal Help for Those Harmed by Byetta

You may be entitled to compensation if you or a loved one were diagnosed with pancreatic cancer while using Byetta. To learn how the attorneys at Bernstein Liebhard LLP can help you pursue a Byetta lawsuit, please call (888) 994-5118.