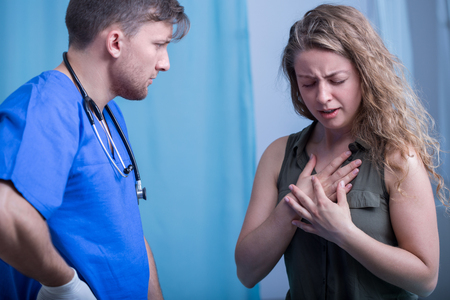 What is Breast Implant Illness?

In the 1980s and 1990s, tens of thousands of women filed lawsuits over injuries and illnesses allegedly associated with silicone breast implants. Billions of dollars were spent to settle these claims, and the massive litigation resulted in the bankruptcy of Dow Corning. Dow and other device manufacturers eventually decided to pull out of the market, while the U.S. Food & Drug Administration (FDA) imposed a near-ban on the use of silicone breast implants in 1992.

Despite lingering safety concerns, the FDA lifted restrictions on silicone breast implants in 2006. Today, Mentor Worldwide, Allergan Plc, and Sientra Inc. are the only companies authorized to market silicone implants in the U.S. A total of five silicone devices are now approved for use in breast augmentation and reconstruction:

Several recent lawsuits have been filed on behalf of women who claim to be suffering from breast implant side effects and  illnesses due to defective silicone gel implants. Symptoms described in their complaints include:

One of the first such lawsuits was filed in September 2016 by a Seattle woman who claims that chemicals used in the manufacture of  Mentor’s MemoryGel implants were able to bleed from the devices. This resulted in a breast implant illness that caused skin rashes, extreme fatigue, excessive levels of heavy metals in her blood stream, silicone toxicity and other serious health problems.

The following January, a California MemoryGel recipient  filed a breast implant lawsuit after suffering pain, nausea, skin rashes, and extreme fatigue, allegedly due to leaking silicone. Among other things, her lawsuit claims that Mentor’ silicone breast implants may have caused thousands of women to develop similar health issues.

In 2011, the FDA first warned of a possible link between breast implants and a rare cancer called anaplastic large cell lymphoma (ALCL). In March 2017, the agency confirmed this link, after receiving 359 reports of ALCL that had occurred in breast implant patients. Nine women had reportedly died from breast implant cancer.

ALCL is not breast cancer. It is a rare form of non-Hodgkin’s lymphoma that affects the cells of the immune system. While it generally occurs in the breasts of patients with implants, ALCL can also occur in the lymph nodes and skin.

Women who experienced symptoms of a breast implant illness following augmentation or reconstructive surgery with silicone gel implants may be entitled to compensation. To learn more about the legal options available to you, please contact Bernstein Liebhard LLP at (888) 994-5118.

Last Modified: March 28, 2017
Private Case ReviewWere you or a loved one harmed by a prescription drug or medical device? Get a free case review.
Connect with: