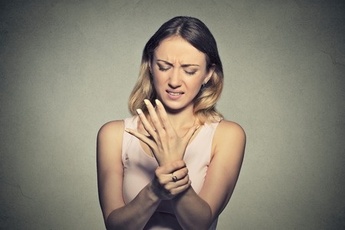 Avelox lawsuit filings began to mount in U.S. courts following a 2013 alert that warned of its association with peripheral neuropathy, a nerve disorder that can result in permanent disability. Plaintiffs who have filed these claims allege that the manufacturer of Avelox knew about this potential complication for years, but failed to provide adequate warnings to doctors and patients in order to protect sales of the drug. Taking legal action may enable alleged victims of Avelox peripheral neuropathy to obtain compensation for their injury related damages, including:

Avelox has been prescribed to more than 2.5 million people since it first came on the market. However, it’s too early to say how many cases will eventually be filed on behalf of patients who allegedly developed peripheral neuropathy due to its use.

May 2016: The U.S. Food & Drug Administration (FDA) is updating the boxed warning for Avelox and other systemic fluoroquinolones to state that the risks associated with the drugs generally outweigh the benefits for patients with sinusitis, bronchitis and uncomplicated urinary tract infections who have other treatment options. Those risks include side effects involving the tendons, muscles, joints, nerves and central nervous system. The complications can occur together, and they may be permanent. Read More

Avelox is a fluoroquinolone antibiotic used to treat sinusitis, bronchitis, pneumonia and other bacterial infections. It is marketed by Bayer AG, and can be administered by both oral and intravenous means. The association between fluoroquinolones and peripheral neuropathy has been suspected since 2001, when a study published in the Annals of Pharmacotherapy detailed 45 cases of the condition among people treated with the antibiotics. At least 84% of the cases were characterized as “severe,” while more than 50% persisted for a year or more.

In 2004, information about peripheral neuropathy was added to all fluoroquinolone labels, including Avelox. However, in 2013, FDA ordered that additional information be added to the drugs’ prescribing information to “better describe” this possible complication.

According to Avelox lawsuits, victims of peripheral neuropathy may experience:

Plaintiffs who have allegedly experienced this Avelox complication claim that symptoms can last for weeks or months, resulting in substantial medical bills and lost wages. In the most severe cases, alleged victims of Avelox peripheral neuropathy can become permanently disabled.

Should I File an Individual Avelox Claim or a Class Action?

The majority of lawsuits involving this antibiotic are not Avelox class actions, but rather individual lawsuits filed on behalf of a single alleged victim, though cases may also include spouses and other family members. In claims involving drug side effects, filing an individual lawsuit is often preferable to joining a class action complaint, as any resolution, judgment or settlement can be tailored towards the actual damages incurred by the plaintiffs.

By contrast, class action claims work best when a group of plaintiffs have sustained identical damages. It’s unlikely that resolution of any Avelox class action would take into account the vastly differing medical bills, lost wages, and other physical, financial and emotional damages allegedly suffered by each individual plaintiff.

If you were harmed by this drug, contacting a lawyer who is experienced with pharmaceutical litigation can help you determine the best way to proceed with your Avelox lawsuit. If you would like to obtain a free, no-obligation review of your case, please call (888) 994-5118 to be put in touch with an attorney today.