Avelox is an antibiotic that belongs to a class of drugs known as fluoroquinolones. The medication is known generically as moxifloxacin, which is also sold as Avelon, Izilox, Actira and Megaxin. Fluoroquinolones, which also include drugs like Levaquin, Cipro, Noroxin, Floxin and Factiv, are among the most-widely prescribed medications in the U.S.

Avelox, which was brought to market by Bayer AG in 2001, can be administered orally or through an IV (intravenously). Since gaining U.S. Food & Drug Administration (FDA) approval, more than 2.5 million people have been treated with the Avelox antibiotic. The medication is now indicated for a number of bacterial infections in adults 18 years of age and older, including:

Avelox is not approved to treat any type of bacterial infection that occurs in children, and according to the FDA, it is not known if the medication is safe or effective for patients in this population.

The potential for Avelox to cause serious complications affecting the nerves, muscles, tendons and central nervous system has prompted the FDA to recommend that the systemic use of it and other fluoroquinolone antibiotics be restricted in patients with certain uncomplicated infections. The drugs’ labels will be updated with a new boxed warning. Read More

Avelox may be associated with some very serious side effects. For example, the FDA has warned that fluoroquinolones may cause tendon damage in some patients. This possible complication can manifest as pain, swelling, or ruptures in the Achilles tendon (in the back of the ankle), as well as tendons in the shoulder, hand or elsewhere. People over 60, those taking steroids, or those who have had kidney, heart or lung transplants are most likely to experience tendon damage related to Avelox. 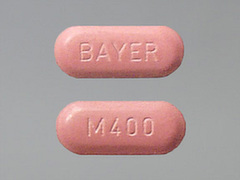 Avelox and other fluoroquinolones can also worsen the symptoms of myasthenia gravis, a disease which causes muscle weakness. Avelox patients who suffer from this disorder should contact their doctor if they experience worsening muscle weakness or breathing problems.

The FDA has issued two Avelox peripheral neuropathy warnings since the antibiotic was approved in 2001.The agency first ordered that the “Warnings and Precautions” sections of the labels for all fluoroquinolones be updated to include information about this possible side effect in 2004. In 2013, the FDA announced that these warnings would be modified to better describe this complication.

Peripheral neuropathy is a nerve disorder occurring in the arms or legs, which may present with:

According to the FDA’s warning, peripheral neuropathy associated with Avelox use can occur shortly after the initiation of treatment with either oral or intravenous forms of the antibiotic. The resulting nerve damage may be permanent.

Since the FDA issued its most recent Avelox peripheral neuropathy warning in 2013, a number of lawsuits have been filed in U.S. courts on behalf of people who allegedly experienced permanent nerve damage due to its use. Similar claims have also been filed against the manufacturers of other fluoroquinolones. All of these avelox lawsuits claim that the drugs’ manufacturers concealed knowledge of this risk for years, and failed to provide doctors and patients with adequate warnings regarding this serious complication.