Home » Another Hyland’s Teething Tablets Recall, This Time in Australia

Another Hyland’s Teething Tablets Recall, This Time in Australia 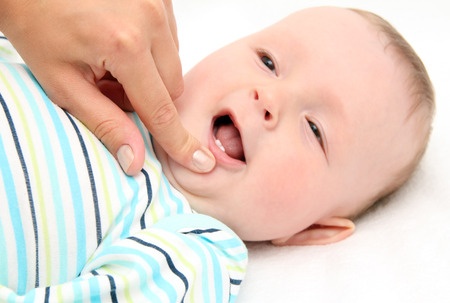 Hyland’s teething tablets are being recalled yet again, this time in Australia. The country’s Therapeutic Goods Administration (TGA) has asked consumers to avoid using Hyland’s Baby Teething Tablets or Hyland’s Baby Nighttime Teething Tablets due to the potential danger that belladonna alkaloids pose to children.

Hyland’s teething tablets are homeopathic medications used to treat teething pain in infants and children. The products contain belladonna, an herbal ingredient that has a sedative effect in small amounts. However, ingesting large amounts of belladonna can prove toxic, resulting in seizures and other adverse events in children.

Last September, the U.S. Food & Drug Administration (FDA) warned parents and caregivers not to treat their children with homeopathic teething tablets or gels, after such products were tied to 10 infant deaths and hundreds of adverse events. Many of these incidents were indicative of belladonna poisoning, the symptoms of which include:

“Homeopathic teething tablets and gels have not been evaluated or approved by the FDA for safety or efficacy,” the FDA said in a statement issued on September 30th. “The agency is also not aware of any proven health benefit of the products, which are labeled to relieve teething symptoms in children.”

Several retailers in the U.S. removed homeopathic teething remedies from their stores, while Hyland’s parent company announced it would no longer sell those products in this country. Raritan Pharmaceuticals announced a teething tablets recall in November, after some of its medications were found to have inconsistent levels of belladonna.

This past January, the FDA warned parents and caregivers not to use Hyland’s teething tablets, after they too were found to contain inconsistent amounts of belladonna. However, Hyland’s parent company only agreed to recall the products on April 13th.

The Australian teething tablets recall is being conducted in response to the FDA’s investigation. While the TGA has tested Hyland’s products, it has found no quality issues.  The recall has been characterized as a “precautionary measure,” as the “affects of belladonna can be unpredictable and could cause serious health problems.”