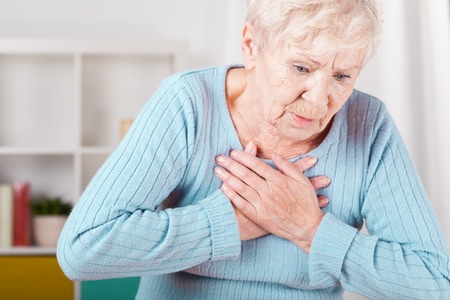 The rheumatoid arthritis (RA) treatment Actemra has been associated with reports of heart attack, heart failure and stroke. While the labels for competing RA medications include warnings about their potential cardiovascular side effects, none are mentioned on the Actemra label.

Actemra was approved by the U.S. Food & Drug Administration (FDA) to treat RA in 2010. It’s approved indications now include the treatment of children over the age of two with polyarticular juvenile rheumatoid arthritis (PJIA) or an active systemic form of juvenile idiopathic arthritis (SJIA), as well as adults with giant cell arteritis (GCA).

In June 2017, investigators at STAT reviewed half a million FDA adverse event reports involving Actemra and other RA medications. Actemra was implicated in 13,500 reports, including more than 1,100 deaths. The STAT investigators also found “clear evidence that the risks of heart attacks, strokes, heart failure, and other conditions were as high or higher for Actemra patients than for patients taking some competing drugs.”

STAT further noted that study directly comparing Actemra to Enbrel suggested that  the incidence heart failure was  1.5-times higher in Actemra patients. Yet, while Enbrel’s label cautions against prescribing it to patients with cardiovascular disease due to its association with congestive heart failure, the Actemra prescribing information does not.

Roche received approval for Actemra under the condition that it would fund studies on cardiovascular risks. While one expert interviewed by STAT characterized the findings of such studies as “noteworthy and concerning,” the Actemra’s label has not been updated to include mention of heart attack, heart failure or stroke.

Patients who allegedly experienced Actemra heart attack, heart failure or stroke may be entitled to compensation for any injury-related damages they incurred, including:

To learn more about filing an Actemra lawsuit on behalf of yourself or a loved one, please contact Bernstein Liebhard LLP at (888) 994-5118 to arrange for your free, no-obligation case review.