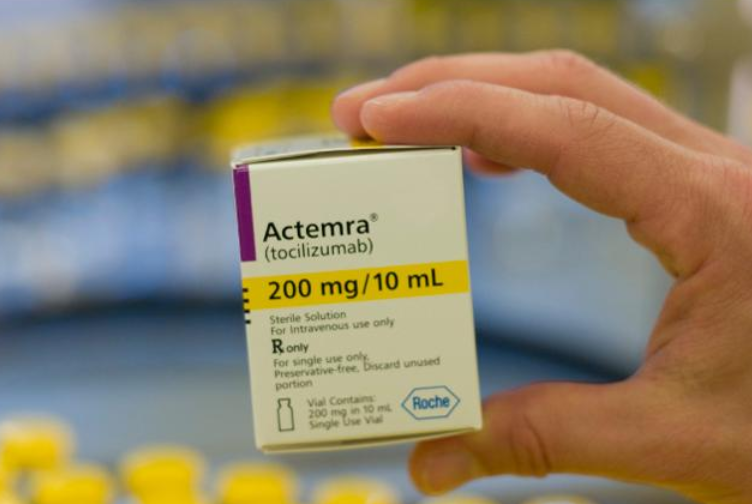 Actemra (tocilizumab) is an interleukin-6 (IL-6) receptor-inhibiting monoclonal antibody approved to treat rheumatoid arthritis (RA) and other conditions related to inflammation. The FDA has received thousands of adverse event reports, including hundreds of deaths, potentially related to Actemra for heart attacks and other complications not listed on the drug’s labeling.

How Does Actemra Work?

The U.S. Food & Drug Administration (FDA) first approved Actemra to treat RA in January 2010. The biologic drug works by blocking the (IL)-6 receptor to stop the production of inflammation in the body.

Actemra can be administered via IV infusion or subcutaneous (under the skin) injections. Its approved indications now include:

Doctors have also been known to prescribe Actemra off-label for dozens of unapproved indications.

Actemra has been used by more than 760,000 patients worldwide, generating sales of $1.7 billion in 2016. It was Roche AG’s fifth highest-grossing medication that year.

Actemra lowers the ability of the immune system to fight infections. Some people have experienced tuberculosis (TB) and other viral, fungal and bacterial infections while using Actemra. Some of these patients have died.

Actemra can cause perforations (tears) in the stomach or intestines. Patients should tell their doctors right away if they develop a fever or stomach pain that does not go away, or a change in bowel habits.

Actemra’s effects on the immune system may also increase the risk for certain cancers.

Other common Actemra side effects include:

Actemra patients should tell their doctor if they experience any of the following serious side effects:

In June 2017, a STAT investigation found that Actemra had been linked to thousands of serious complications, including more than 1,100 deaths. Many of the Actemra adverse events reported to the FDA included problems not listed on the drug’s labeling, such as:

The labels for some competing already carry warnings for heart failure, heart attacks, and stroke. The Actemra prescribing information does not.

Experts interviewed by STAT recommended that the Actemra label be updated to include mention of this risks.