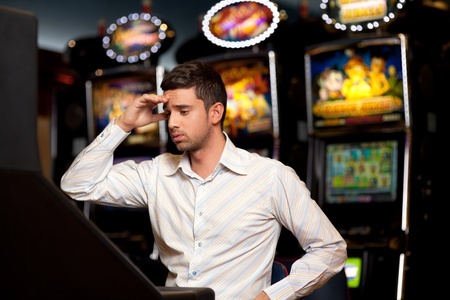 Abilify (aripiprazole), an atypical antipsychotic medication that has been used to treat millions of patients with schizophrenia, bi-polar disorder and other psychiatric disorders may be associated with compulsive gambling and similar impulsive behaviors. A growing number of Abilify lawsuits have been filed in U.S. courts by individuals who allegedly incurred significant financial and emotional damages due to pathological gambling associated with its use.

Filing an Abilify Lawsuit Can Help

Compulsive gambling can take a devastating toll on a victim’s personal and professional life. If you developed a gambling habit after beginning treatment with Abilify, you may be entitled to compensation for your related damages, including:

To learn more about your legal options, please contact Bernstein Liebhard LLP at (888) 994-5118 to arrange for a free, no-obligation review of your Abilify compulsive gambling case.

In May 2016, the U.S. Food & Drug Administration (FDA) revealed that aripiprazole had been linked to nearly 200 reports of  compulsive gambling and other impulsive behaviors, including binge eating, compulsive shopping, and sexual action.  The majority of reports involved patients with no prior history of impulse control issues, and in which the behavior stopped once treatment with the drug cease or dosage was decreased. The findings prompted the FDA to add stronger warnings regardng impulse control issues to the Abilify label. Read More

Abilify works by affecting the dopamine and serotonin receptors in the brain, both of which are related to feelings of pleasure and motivation. Some research has indicated that Abilify may over-stimulate dopamine reward receptors, which could lead to the development of compulsive behaviors, including pathological gambling.

Warning signs of a compulsive gambling problem include:

As of January 2016, the U.S. label for Abilify did not include any mention of pathological gambling. However, this compulsive behavior is noted on the labeling in other countries.

Findings from a new study set to be published in the Journal of Clinical Psychopharmacology in February 201y suggest that patients who take Abilify are five times more likely to develop a gambling addiction than those who do not use the drug. The risk of impulse control disorder appears to be nearly eight times higher.  Read More

Bernstein Liebhard LLP is providing free, no-obligation legal reviews to anyone who allegedly developed a compulsive gambling habit while using Abilify. To discuss your legal options with one of our attorneys, please call (888) 994-5118.

Last Modified: December 23, 2016
Private Case ReviewWere you or a loved one harmed by a prescription drug or medical device? Get a free case review.
Connect with: