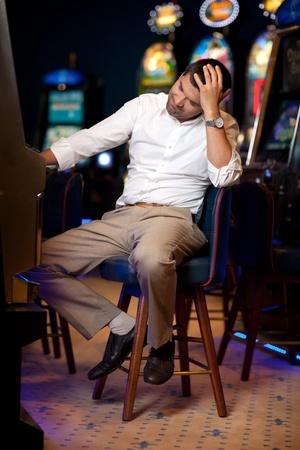 Abilify (aripiprazole) is an atypical antipsychotic that is approved to treat a number of psychiatric conditions in adults and children. The medication, which is marketed by Bristol-Myers Squibb and the Otsuka Pharmaceutical Company, was initially approved by the U.S. Food & Drug Administration (FDA) in 2002. Several studies have suggested that Abilify may be associated with compulsive behavior, including gambling addictions. A growing number of Abilify lawsuits allege that Bristol-Myers Squibb and Otsuka failed to provide patients and doctors with adequate warnings about this risk.

The nationwide law firm of Bernstein Liebhard LLP is now offering free legal reviews to individuals who allegedly developed a compulsive gambling habit while using Abilify. To learn more about your legal options, please contact our Firm at (888) 994-5118.

In 2013, Abilify was the top selling drug in the U.S., with sales over $6.4 billion. The medication works by increasing or decreasing dopamine or serotonin in the brain. These two neurotransmitters produce feelings of pleasure and motivation.

The FDA has approved Abilify for the following indications:

According to a report published in July 2016, Abilify ranked  as Medicaid’s costliest drug in aggregate from January 2014 to June 2016. Aggregate drug costs reflect both frequency of use and per prescription cost. Read More

Abilify Side Effects and Complications

Serious side effects that may occur with Abilify include:

Common Abilify side effects that require medical attention include:

More information about the side effects and complications potentially associated with Abilify can be found in the drug’s Medication Guide.

Dopamine is a neuro-transmitter that is associated with feelings of pleasure, as well as addictive or compulsive behaviors. Some research has indicated that Abilify may over-stimulate dopamine reward receptors in the brain – called dopamine 3 (D3) receptors – causing some patients to experience compulsive behaviors, including pathological gambling.

In May 2016, the FDA added stronger warnings to the Abilify label regarding a possible association with compulsive gambling and other impulsive behaviors, including binge eating, compulsive shopping, and sexual action.  A review conducted by the agency had uncovered scores of case reports in which there was an association between aripiprazole use and impulse-control problems. The majority of reports involved patients with no prior history of impulse control issues, and in which the behavior stopped once treatment with the drug cease or dosage was decreased. Read More

Last Modified: August 4, 2016
Private Case ReviewWere you or a loved one harmed by a prescription drug or medical device? Get a free case review.
Connect with: