Harmed by a Prescription Drug or Medical Device?

Private Case ReviewWere you or a loved one harmed by a prescription drug or medical device? Get a free case review.
Connect with:

Defective Drugs and Medical Devices on the U.S. Market

Every year, billions of Americans are prescribed drugs and medical devices, all of which are intended to make their lives better. While that’s exactly what these products do for most people, thousands of patients are injured every year as a result of dangerous drugs and devices. Unfortunately, most medications, surgical tools, and medical implants are not subjected to enough pre-market scrutiny to completely ensure their safety. And all too often, the dangerous side effects associated with particular drug or medical device are not revealed until the product has been used in thousands of patients.

The U.S. Food & Drug Administration (FDA) requires pharmaceutical companies to take extensive steps to ensure their medications do not place patients at risk for serious adverse events. Prior to FDA approval, all prescription drugs must endure a clinical trial process meant to establish a product’s safety, toxicity, side effects and efficacy. Once on the market, drug makers are required to disclose any serious adverse events associated with a particular drug to the agency.

Unfortunately, this system isn’t fool proof, and latent side effects can reveal themselves in the years after a medication is brought to market. When this occurs, the FDA can order drug manufacturers to add new information to their product labels to inform doctors and patients about associated risks. The FDA’s most serious type of label warning is known as a “Black Box.” Black Box warnings are usually added to a medication’s label when it has the potential to cause serious, life-threatening side effects, or when the frequency or severity of such side effects can be reduced through proper use of the medication.

In the most serious situations involving a defective drug, the FDA can ask a manufacturer to pull a product from the market. Drug recalls can be issued for a number of reasons, including the emergence of dangerous side effects, or manufacturing defects that pose a risk of harm to patients.

In recent years, dangerous medical devices, including transvaginal mesh, metal hip implants, stents and cardiac defibrillators, have caused harm to thousands of patients. Shockingly, many of these devices were never subjected to human clinical trials prior to coming to market. As a result, design defects, manufacturing issues, and other problems that put the public at risk were not realized until they had been used in thousands of patients.

Certain new medical devices can be cleared for sale through the FDA’s 510(k) program which allows a product to avoid human clinical trials if a manufacturer can demonstrate that it is “substantially equivalent” to a product already on the market. In 2011, an analysis conducted by the Institute of Medicine concluded that the 510(k) process was “flawed” and could not ensure public safety. The authors of the report suggested the FDA develop an “integrated premarket and postmarket regulatory framework” to better improve its oversight of new medical devices.

Recent data indicates that FDA recalls are surging. According to the agency, 2012 saw nearly 500 pharmaceutical product recalls. In 2013, the number spiked to over 1,200. By mid-2014, more than 800 drug and device recalls had already been recorded by the FDA.

The FDA classifies drug and medical device recalls according to their seriousness: 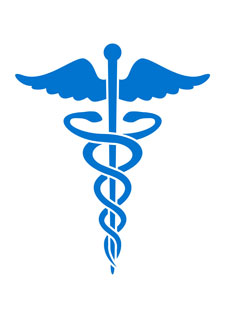 When a drug or medical device causes harm to consumers, those affected may be able to obtain compensation for their injury-related damages by filing a product liability lawsuit against the product’s manufacturers, distributors and marketers. In cases where consumers have suffered very similar injuries, a class action lawsuit may provide an adequate legal avenue for obtaining such compensation. But in most cases involving dangerous drugs and medical devices, the harm done is significant and varies from plaintiff to plaintiff. In these instances, filing an individual lawsuit will best serve the interests of someone who was hurt by a defective drug or device.

Sometimes, a dangerous medical product can become the subject of hundreds – if not thousands – of legal claims. When this occurs, state and federal courts can create consolidated litigations to aid in the efficient prosecution of these lawsuits. On the federal court level, such proceedings are known as multidistrict litigations. State courts use a number of names, including multicounty litigations and mass tort proceedings.

Any of these consolidated litigations allow lawsuits involving the same product and similar allegations of fact to go through coordinated pretrial proceedings, including discovery and motions practice. The aim of such a proceeding is to preserve the resources of the courts, parties and witnesses. Despite the consolidation of the cases, each lawsuit on the docket continues to maintain its own identity and will be judged according to its own merits.

Our goal at RX Injury Help is to connect our readers with the tools to protect themselves against defective drugs and medical devices on the market today. To do that, the online resource guide provided by the attorneys at Bernstein Liebhard LLP offers routinely updated medical information on these dangerous products, as well as relevant updates in the growing litigation of lawsuits that have been filed against their manufacturers. If you or someone you love has been injured as a result of a defective medical device or medication on the market today, our Firm can help you seek compensation for damages these products may have caused you.